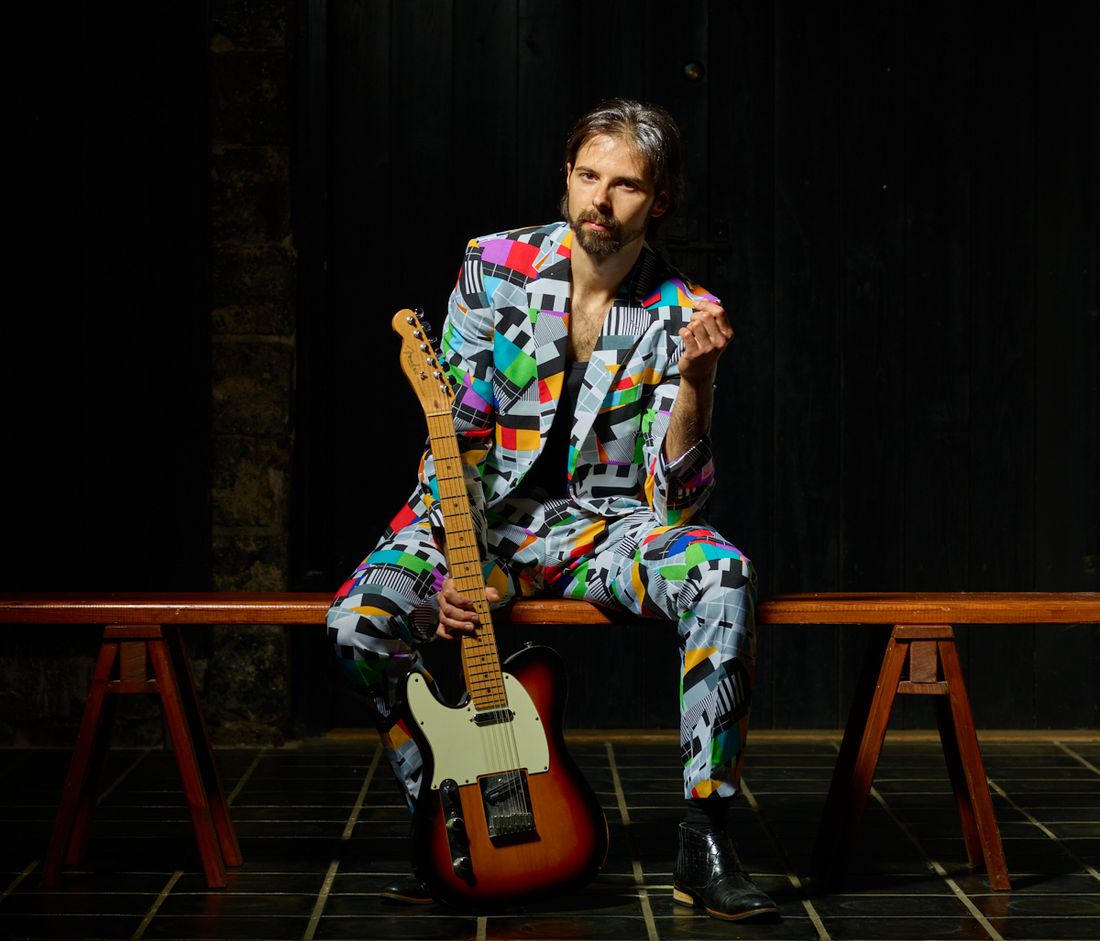 “For reasons unknown I formed an overnight obsession and started practicing guitar fanatically...”

Ah, the obligatory "bio" page! Well, if you're already here reading this then I might as well explain myself: I'm a Stockholm based guitarist/musician/acoustician that, like many a teenager before me, picked up the guitar at the impressionable age of 14 after hearing one too many Iron Maiden songs.

For reasons unknown I formed an overnight obsession and started practicing guitar fanatically, cutting my teeth on old school Heavy Metal on a quarter size nylon string guitar with a cracked neck and too few functional frets.

A half year later my father, no doubt noticing his son had found a hobby that he wasn't about to quit, casually dumped a pile of CD's onto my desk that he'd had kicking about in the collection for some time - records, he insisted, I should probably listen to given my new found interest in the instrument.

On top of the pile was Joe Satriani's "Flying in a Blue Dream".

From the opening feedback of the title track I knew that now it was for real. It was time to get serious about the instrument, move beyond power chords and occasional noodling and dig deeper to see what else it was capable of.

Naturally during the ensuing period I consumed guitar-driven music voraciously, working my way through the notorious Shrapnel Records back-catalog, and any other obscure stuff I could get my mitts on.

This Lousy T-Shirt (2014)
After a number of years, it felt like the time was ripe for a solo record. In 2008 I started writing in earnest for what would later become my debut solo effort "This Lousy T-Shirt".

In the period from 2008-2013 I wrote, rewrote, parsed, edited, and eliminated a myriad tracks to arrive at something that was condensed, focused, and representative of what I was all about as a musician at that specific point in my musical development.

The result, "This Lousy T-Shirt", comprised 9 unique tracks celebrating all aspects of the guitar and various music styles, over-the-top at times, but accessible throughout, and hopefully striking that elusive balance that makes it interesting to both musicians and non-musicians alike.

Traction Control (2019)
The release of This Lousy T-shirt coincided with the start of my career as an acoustics consultant. As such, it was more or less left to gather dust and went out into the world with little in the way of support or fanfare. In the ensuing years I spent a lot of time just enjoying the guitar and learning tracks which pushed my limits as a player, making few attempts at writing original music.

At some point however I obtained an Ibanez RG721RW to add to my collection. Something clicked. From 2017-2019 a follow-up album to This Lousy T-Shirt was written and recorded, pushing the limits of what could be considered sensible songwriting. The first album was all about following established convention and writing tight concise tunes. Traction Control however is, conversely, all about throwing caution to the wind, and cramming as much music and creativity as possible into each track - to hell with accessibility.

he growth process isn’t exactly linear. Though creativity generally comes in bursts for me, I find that from a purely intellectual standpoint, there need to pass a few years between album releases, providing me with some time to recharge the creative batteries, and develop, so as to not repeat myself.

"Sideshow" was born of a marathon of creativity that began way back when I started writing material for "Traction Control", and didn’t let up until the world ground to a halt at the beginning of 2020 (and even then, there were sparks of new ideas that would get jotted down).

With "Traction Control" released, and a slew of new tracks already written and recorded, yet still relatively in-keeping with the former stylistically, I deemed it wise to cobble together a short EP. Enter "Sideshow".

"Sideshow" is thus a kind of expansion to "Traction Control", albeit one that’s bigger and bolder than the former despite its limited running time. Not a completely new album, but not far off either.

In the midst of all the uncertainty that plagued humankind in 2020 and 2021, there was a great deal of opportunity. In this case, the opportunity to work with some of the best musicians and technicians in the industry - without compromises of any kind.

A minor collaboration between myself and Leo Margarit, who initially recorded drums to my demo recording of "A Matter of TIme", proved to be the catalyst that would kick the whole process off. Before long, Leo and I had gotten into the zone producing and mixing the tracks, with Leo bringing new life to the compositions with his work behind the skins.

The luck didn't stop there either - not wanting to skimp on the low-end, the project needed a dedicated bassist. Leo dropped his former war buddy Gustaf Hielm a line to check whether he'd be up for contributing bass to the release. As fate would have it, he had some time to spare and liked the music (which in itself was flattering enough).

The cherry on top was getting Jens Bogren to handle mastering duties. At last, the circle was complete.

While the above may appear to make "Sideshow" purely a vanity project, I was really out to inject external influences into the tracks, allowing them to breathe in a completely different way, and providing me with opportunities to re-appraise the arrangements and what was being played. It also made for a whole host of pleasant surprises during the course of recording.